2 years have passed since the last Skookum JS release, so here we are, with a new release, and (maybe) a new plan.

But first, for those who don’t remember: what is Skookum JS (sjs)?

Skookum JS (or sjs for short) is a simple JavaScript runtime built on top of the Duktape JavaScript engine, with a simple POSIX-y API.

I guess the first question is “what’s with the version number?”. Fair point. I decided to switch to calendar versioning and give it a try, so since we are in June 2018, it’s time for a 18.6.0.

The focus of this release was to add more features and make it more CommonJS-alike, as I mentioned on my previous sjs post, but as time passed I realized I was wrong.

When I designed sjs I got heavily inspired by the runtime I knew the most: Python. This means having a small binary and “native addons” as shared libraries, in addition to a sizeable standard library. That’s all great, but it brings significant trouble because all those need to be in some path which the runtime will query, take (potentially) long time to load, and having multiple versions installed side by side is not easy. By contrast, Node takes the single binary approach: all the native modules needed for the standard library are part of the single binary, and so is the standard library itself. So I decided to do the same.

With this release, sjs is a single binary with all previous native modules embedded, as well as the standard library. I’d like to point out how I went about embedding the standard library, because that was a fun discovery: incbin. Incbin uses assembly to embed binaries into an executable, so that’s how I chose to embed all the JavaScript in the standard library onto the binary? Ugly? Maybe. Does it work? You bet!

sjs remains a toy project I like to hack on every now and then, and it’s now clear to me that my original design was flawed in many levels, so with this release I’m fixing one of those mistakes. Hopefully there will be more to come!

You can check the release notes here, check the code on GitHub, and check the documentation here.

Hey there! Another Skookum JS release is out and about! It’s 0.4.0 this time, slowly making progress.

This time around the release focus was on getting the module system mode Common JS compliant and similar to Node’s. This also brought __filename and __dirname, which simplified a few tests.

There are also some improvements like simple tab completion for the CLI and some new modules, check the full changelog for details.

When I started sjs I had this idea about a JS interpreter with a more “traditional” look, rather than the inherent async model Node provides. Just for the sake of exploring. Well, live and learn, I had no idea Common JS defined more stuff than modules! Somewhat randomly I also ran into Ringo JS, which looks pretty much like what I wanted to do, but built on the JVM. So I’ve decided to follow some of the Common JS specs (open issue here), and let’s see how deep the rabbit hole goes.

Skookum JS, or sjs for short, is a JavaScript runtime focused on providing comprehensive POSIX APIs.

The motivation for this project comes from answering the question “how would a JavaScript runtime look like if there were no browsers?”.

I’m specially happy about two of those modules: random and process, so let’s explore them a bit:

The random module implements a PRNG based on the well known Mersenne Twister PRNG. It also implements a CSPRNG by reading from the best random source available on the system: getrandom on Linux and arc4random_buf on OSX, falling back to reading from /dev/urandom.

If you are an expert in this field and have some comments about the implementation, please reach out!

The process module is by far what took the longest to complete for this release. It implements just two functions: daemonize and spawn, to daemonize the current process and to spawn new child processes respectively.

The challenge was that in order to implement those in JavaScript I had to add tons of new APIs to the os module (plus tests and documentation!). I can’t be happier about the result!

There are tons of other additions abd bugfixes, check the full changelog for details and the documentation for all APIs.

Last, I found some inspiration and made a new logo, what do you think?

Skookum JS, the JavaScript runtime all your friends are talking about just released its 0.2.0 version.

The initial release was a couple of weeks ago, but there are improvement all across the board:

These are just the tip of the iceberg, check the changelog for all details.

For those wondering why sjs is so skookum, see the initial anoouncement and the design documentation.

In the next release I’ll be primarily focusing on child process support and maybe experimenting with multi-threading too. Stay tuned! 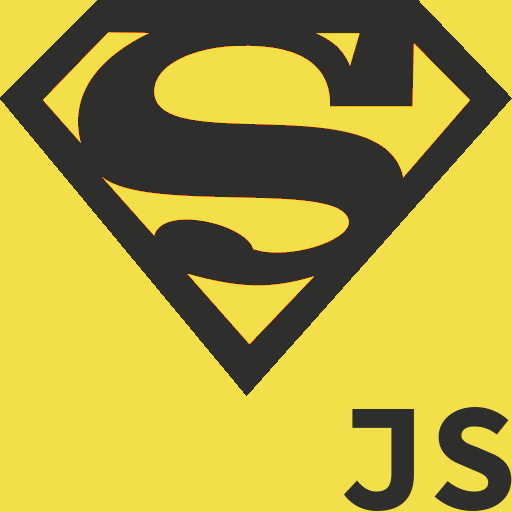