A bit over a week ago I had the opportunity to present at the Real Time devroom as part of FOSDEM 2016. I gave a presentation titled “From SIP to WebRTC and vice versa”, where I explained how we built a WebRTC gateway to interact with traditional SIP endpoints and extend existing SIP infrastructure. Check it out!

It’s been a week since FOSDEM, time to reflect.

It was my 6th FOSDEM, and I loved it since the first time I attended. So many geeks per square metre, so many interesting talks, so much swag one can buy, … what’s there not to like?!

This year was slightly different, however: I was part of the team who organized the Real Time devroom. That was a first, so I didn’t really know what to expect. I spent the entire day coordinating the devroom, making sure speakers had everything they needed and that talks where smooth and on schedule.

At the end of the day I was exhausted, but overjoyed that everything went well. We have room for improvement next year, but it won’t be our first, so we’ll at least have that!

Since I was the one present in the devroom, many people gave me feedback on our work. All positive! While I was the one representing the organizers, it was a team effort: Daniel Pocock, Ralph Meijer and Iain Learmonth were also part of the team, huge shoutout to them!

After being involved in organizing a single devroom I can only imagine how complicated it must be to get the entire event going, so I’d like to thank everyone involved in making FOSDEM happen each and every year. So much love, see you next year! 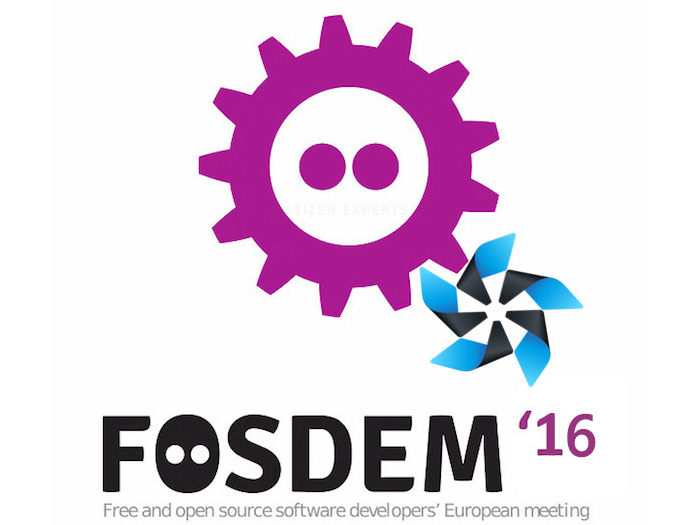 It has been 2 years without any devrooms representing Real Time Communications (in general) at FOSDEM. On 2013 we had the Jabber and Telephony devrooms, but none of those made it on 2014 or 2015.

That is changing! As you probably know, there will be a Real Time Communications devroom happening at FOSDEM 2016. Yours truly is one of the organizers and I’ super-excited about it.

We had a bunch of excellent talk submissions, and some of the speakers who had also submitted talks to the Main track got them accepted, so RTC will also be represented there!

Interested in VoIP, instant messaging, WebRTC, SIP, XMPP, <insert your favorite RTC related Open Standard here>? There is a chance we have a nice talk for you. Check the schedule, and drop by on Saturday!

IMPORTANT NOTE: We are still looking for volunteers to help out in the devroom. If you want to help out, please reach out to me or any other organizer. Hint: volunteers get reserved seats!

See you on Saturday, in Real Time.

Yes, it’s that time of the year again. The week which leads to one of my favorite conferences: FOSDEM. I’ve been attending for 4 or 5 years now and I love it. There is so much going on it even get overwhelming at times! It’s great to just hop into a random room and listen to a great talk, my brain becomes a sponge throughout the weekend 🙂

This year I’ll be giving a talk at the lightning talks track and another talk at the Python devroom. As usual, I’m super excited.

I had the pleasure to give a presentation at the first ever Python Devroom at FOSDEM. I talked about how event loops work internally and how pyuv can help by abstracting a lot of the problems with a pretty simple to use API. I also introduced rose, a pyuv based PEP-3156 event loop implementation, but I’ll write a followup post on that 🙂

Thanks a lot to everyone who attended the talk, and for those who couldn’t here are the slides!

It has been a very long weekend, I’m writing this on the train while traveling back from FOSDEM. I knew the event was big, but I couldn’t imagine it was that big.

Everything was so perfect: the talks, the speakers, the facilities, the connection, … Specially the connection. On conferences usually network sucks because the access points can’t cope with the load or there is not enough bandwidth for everyone… who know. This was not the case at FOSDEM. Every device got a public IPv4 address and also a IPv6 one. We did simple test and downloaded 10GB from a FTP server. It took 2 minutes.

The talk went through the implementation of different server applications for SylkServer a SIP application server we recently launched. Simple SIP client examples were also shown. The presentation is available for viewing and downloading here:

The code examples used for the presentation can be downloaded from my GitHub repository.

Once more, kudos to the organization os FOSDEM, it was a really great event, I would definitely recommend it to anyone. Hope to be there again next year!